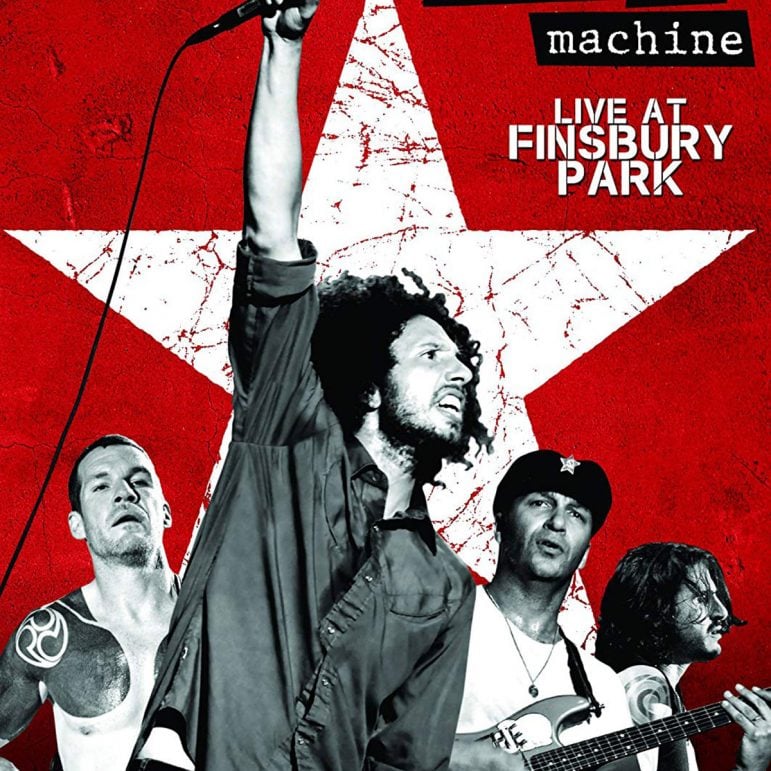 In 2009, a successful campaign was launched by Jon and Tracy Morter to make “Killing In The Name” the U.K. Christmas #1 single , as an alternative to X-Factor winners taking the #1 spot. The band supported the campaign, donated the proceeds from the sales to charity, and performed a free concert in London’s Finsbury Park on June 6, 2010 to celebrate the success, captured here on DVD, Blu-ray and digital formats. Bonus material includes behind-the-scenes footage and an interview with Jon and Tracy Morter.

[Cat Nos: EREDV1152, ERBRD5261 and EVD1165 respectively]. Only previously available on DVD in the Rage Against The Machine Deluxe Box Set.