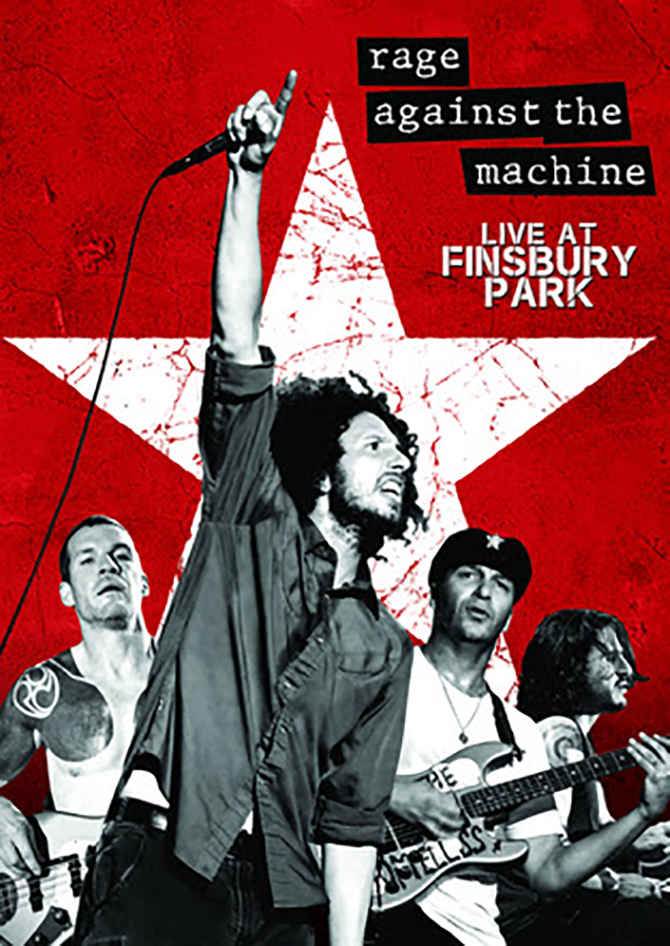 RAGE AGAINST THE MACHINE "LIVE AT FINSBURY PARK"

RAGE AGAINST THE MACHINE “LIVE AT FINSBURY PARK”

On 11 September 2015, Eagle Rock Entertainment release “Live At Finsbury Park” by Rage Against The Machine. This is a simultaneous release on DVD, Blu-ray and digital formats [Cat Nos: EREDV1152, ERBRD5261 and EVD1165 respectively]. Only previously available on DVD in the Rage Against The Machine Deluxe Box Set, this fantastic set includes “Killing In The Name,” “Bulls On Parade,” “People Of The Sun,” “Guerrilla Radio,” “Bullet In The Head,” “Bombtrack,” “Sleep Now In The Fire” and more!

In late 2009 a successful campaign was launched by Jon Morter and his wife Tracy to promote an alternative to the omnipresent X-Factor winner being the Christmas #1 in the UK singles chart. The track they nominated as the alternative was “Killing In The Name” by Rage Against The Machine. The band supported the campaign, donated the proceeds from the sales to charity and lead singer Zack de la Rocha promised that Rage Against The Machine would perform a free concert in the UK to celebrate the achievement. This went ahead in London’s Finsbury Park on 6th June 2010 and it is that fiery set that is captured on this film.

As bonus features we include footage show Behind The Scenes At Finsbury Park and also an interview with Jon & Tracy Morter.

“Live At Finsbury Park” captures an exuberant performance by the band with the audience cheering them all the way to the inevitable climax of “Killing In The Name.”